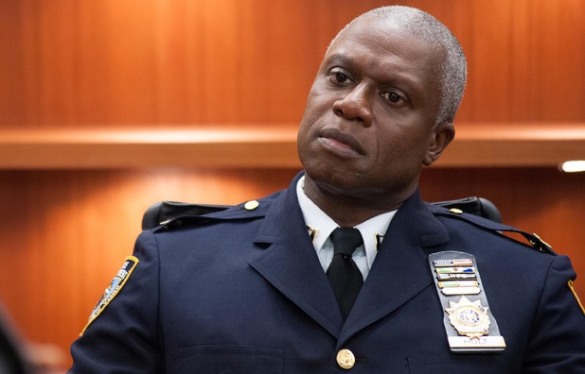 For the next week, (Pop) Culturally Informed will be running a brand new series called Make Your Case, where Ben and Nina will take on one major category in turn for next week’s Emmys, pick who they think should win, and make their case. Note: We aren’t going to say who WILL win, but who should. Sometimes these will be one and the same- but we like to choose the road less traveled. Enjoy!

If Brooklyn Nine-Nine was only going to get an Emmy nomination in one major category, I’m glad it was for Andre Braugher for Ray Holt. In a show that, even after only one season, has one of the funniest ensembles on television, Braugher is the glue that holds this show together. Not only is his character the literal foil that sets into motion the events of the series, but Holt’s deadpan comic delivery is the saving grace of network television comedy right now. B99 is one of the only truly original network TV comedies right now, and with only one category nomination, you’re sure as hell I’m going to make my case for Andre Braugher.

Don’t get me wrong, there are definitely some other worthy nominees in this category. We have last year’s winner in this category, Tony Hale (Veep), the always fantastic Adam Driver (Girls), two actors from Modern Family (they’ve all become interchangeable at this point), and for some reason, Fred Armisen is here for Portlandia, even though he’s clearly the lead on that show. But none of them hold a candle to Andre Braugher and his work with the B99 ensemble.

There are various elements that make Braugher such a stand-out performer. The cast of B99 is made up of a bunch of, let’s face it, clownish buffoons. Performers like Andy Samberg, Terry Crews, and Joe Lo Truglio bring such a wild, manic energy to the workplace on the show, that you need someone like Braugher to bring things to some place of normalcy. And so when things are “normal” in the workplace, Braugher’s straight-talking, no-nonsense attitude is downright hilarious when saying lines like “That story is quite possibly the funniest thing I’ve ever heard” with the same urgency as someone in mourning. There’s also the fact that the character of Ray Holt is one of the only homosexual characters on network television whose sexuality ISN’T his defining characteristic, something I wish I could say about the characters on Modern Family. Holt’s sexuality is definitely a strong component to his character; as a black gay man, he’s had to face years of persecution in his attempts to become a successful policeman, thus making him the stern, proud man he is today. Braugher brings the gravitas needed to portray a man of such strength, and, again, doesn’t say anything stereotypically homosexual like so many network sitcoms before.

Braugher’s characterization is top-notch, and hilarious, and I’m personally outraged that this show wasn’t appreciated more by the Emmy nominators. So let’s give this show some love, and give Braugher the recognition he deserves.