Worst Betrayal by a Television Show: How I Met Your Mother‘s Series Finale

UGH. Look, I’ve discussed this at length before, but I still feel pretty fucked burned by this show. I really do. I loved How I Met Your Mother, even when it got really bad in its ninth and final season – I just kept trying to remember how earnest and fun the show used to be and kept watching, even when it was racist and then rhyming and frequently just not even fun to watch anymore. And then, the worst case scenario that I’d been dreading? It actually happened. The show backtracked on the entire premise, killed The Mother, and gave us an ending that they LITERALLY PROMISED WOULD NOT HAPPEN DURING THE PILOT. The worst ending to this ending was that later, they released the “alternate ending,” which was EXACTLY right. Was that SO hard, guys?! No wonder How I Met Your Father got dropped before it could start.

This superlative could, honestly, refer to this entire series, but I’m specifically thinking of the “campus rape” episode, “Oh Shenandoah.” The Newsroom was always really condescending towards women, but it hit an unfortunately-timed peak during this Sorkin-penned episode, wherein a journalist interviews a rape victim who has started a site for women to come with rape accusations, is freaked out to be alone in a room with her, and tells her he’s “morally obligated to believe the sketchy guy.” There’s also a moment where he calls the way she was raped (i.e., at a party) a “different kind of rape,” and though the victim calls him out, the damage is done. Sorkin, we all know you’re not a huge fan of women, but did you have to be this obvious?

Worst Excuse for Me To Use the Word “Egregious”: Golden Globes Snubs

I get mad every single year about awards season snubs, but this year, the Golden Globes snubs were actually just completely insane. I’m not at all upset to see Modern Family, Big Bang Theory and Jim Parsons left off since I don’t think they had much right to be there in the first place, but as for the rest… Amy Poehler, in her final year of hosting and after a triumphant win last year for Parks and Recreation, is absent. Peter Dinklage, coming off his all-time best performances on Game of Thrones, is absent. Andy Samberg and Brooklyn Nine-Nine, both winners last year, are absent. Maybe the weirdest is the complete lack of nominations for any of the cast of Mad Men or the show itself, especially considering that it’s the final season and Breaking Bad certainly wasn’t lacking for nods when it was in the same position last year. Where’s the love, HFPA?

I don’t want to write too much about this, because I have extremely strong feelings that Bill Cosby is definitely a rapist and has been raping women for fifty fucking years and I don’t really need to say any more, I don’t think. That being said, aside from never actually denying the allegations, suing one accuser and hiring private investigators to “dig up dirt” on the others is just absolutely despicable. Rest in peace, Cliff Huxtable. Sorry the asshole who played you killed you this year.

You guys know I love me some American Horror Story, and you know how excited I was for this season. Freaks! Forked tongues! Clowns! (Well, not so much the clown part.) Jessica Lange being fabulous! Well, as you know if you’ve been following my pained weekly recaps, I’m not very excited anymore. Ryan Murphy is an expert at wasting potential, but usually the one-season anthology approach is just what he needs – not so much this time. Freak Show is an unstructured, frequently uninteresting, and frankly uninspired mess, and not in a good way. Do I usually expect AHS to be a hot mess? Yes, but this mess is just tepid. I’ll start looking forward to next season now. 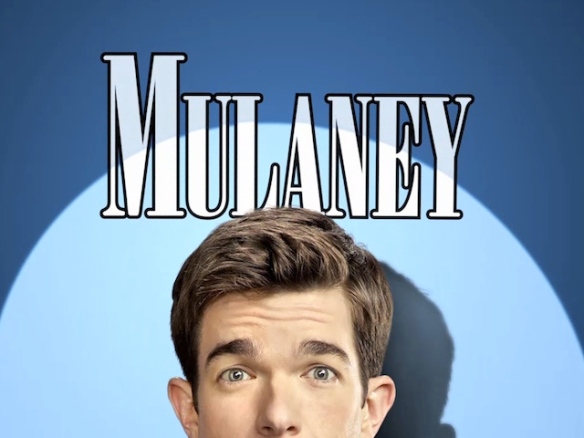 John Mulaney is a very funny stand-up comedian. John Mulaney is a VERY funny sketch comedy writer. John Mulaney is a horrific actor. Watching Mulaney is a personal endurance test of bad television. If you can watch more than one episode unscathed, more power to you. It’s a show that falls into every dumb sitcom trope in the land, I’m almost convinced that it’s secretly a well-honed parody/takedown of bad sitcoms. But it even fails at THAT. There are no redeeming qualities to Mulaney. There is nothing to be gained from watching it. It is pure dead air that we should all forget exists. I wish I was just being hyperbolic, but trust me, this is the ugly truth. 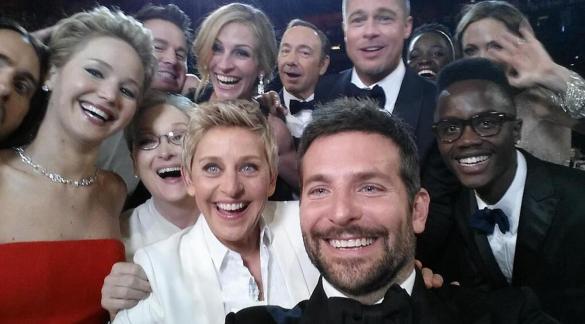 The Academy Awards are already a night of self-congratulation in Hollywood, so the obvious next step was to combine the Oscars with the latest ridiculous self-promoting fad; the selfie. Oscar Host Ellen DeGeneres took a Samsung phone, and got a whole bunch of celebrities to take that gosh-darn selfie. And with that, the photo was posted on Twitter and became the MOST RETWEETED TWEET EVER. And of course, the very next day, no one bothered to talk about the glorious film that won Best Picture that year (12 Years a Slave). Nope. People just wanted to talk about that idiotic, masturbatory celebrity selfie. I hope Neil Patrick Harris has got some better tricks up his sleeve for the Oscars this year.

Worst Controversy Over Absolutely Nothing: The Interview

As I discussed last week, The Interview is not a very good movie. It is not an act of patriotism to watch the film. It is not a high piece of American satire. It’s just another silly bro movie in the Seth Rogen/James Franco canon. But after the sheer insanity of the SONY hacks, and after receiving threats that included the phrase “9/11,” cinemas started pulling the film from their roster, and SONY had to pull the release immediately. But after being criticized by pretty much the entire entertainment industry, and President Obama of all people, SONY released the film in independent theaters around the country, as well as online. There are some conspiracy theories that this whole scheme was cooked up by SONY to create a huge hubbub and fake controversy to cover the fact that they made an awful movie. That’s not entirely an unrealistic scenario, to be honest. 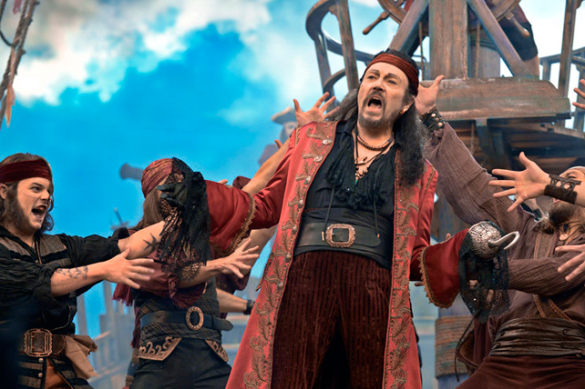 Oh, the NBC Live Musicals. What promise they have. Last year’s The Sound of Music at least had pretty Rodgers & Hammerstein tunes to make up for the tragedy that was Carrie Underwood. But this year, NBC went in the opposite direction, and made the mistake of airing a musical that, frankly, just isn’t a good musical. Peter Pan has very unmemorable songs and poorly written scenes, so the best that can be done is to “save” the show with standout performances. And while Allison Williams did her best, and theatre veterans Christian Borle and Kelli O’Hara brought grace and dignity to the proceedings, it was the confounding performance by Christopher Walken that sunk this ship. With an accent that flip-flopped between British and American, and line readings make an Ed Wood film look like Citizen Kane, Walken walked the fine line between “what the fuck?!” and “WHAT THE FUCCCCCCCCCCCCCCK?!” It was a strange strange night of musical theatre. Next year, NBC will air The Music Man, so there’s some hope. Or maybe it’ll just be more trouble.

Worst Celebrity Who Desperately Needs To Get His Shit Together: Shia LaBeouf

Guys, it’s been a rough year for Shia LaBeaouf. After blatantly ripping off a Daniel Clowes comic strip to make a short film, Shia fell back and tried to defend himself using the best cover-up an insane celebrity could use; saying it was all performance art! Shia said he was commenting on how nothing is original in Hollywood, and things started going downhill from there. He showed up to press events wearing a brown paper bag on his head which read “I AM NOT FAMOUS ANYMORE,” and created an art installation called #IAMSORRY where visitors could sit at a table with Shia, Maria Abramavic-style. Unfortunately, that strangeness led down a twisted path, as Shia later got arrested this year for causing a disturbance in the audience at the musical Cabaret. What’s sad is, Shia has the potential to be an interesting and original performer, and if given the right role, he could make something of a comeback. He just needs to get his head out of that paper bag.