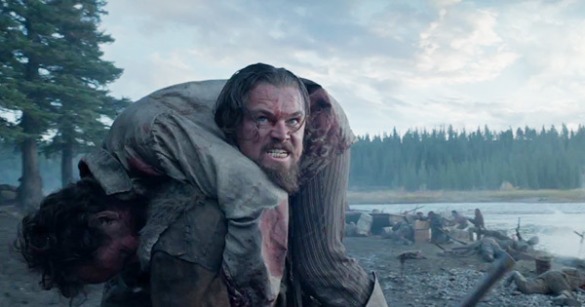 As we come closer to the Academy Awards , we’ll be posting short profiles of each Best Picture nominee, attempting, in our own ways, to not only sum up what the movie is about, but why we believe it scored one of the eight coveted nominations, and why it could possibly take home the big prize come Oscar night. Enjoy!

Nina and I like to try and find a “theme” to unite the Best Picture nominees every year, for no reason other than (a) it’s fun and cute and such, and (b) it’s nice to maybe see if there’s a unifying direction the world of the Academy is going. Obviously, much of the discussion around this year’s Oscars has been about those not included in the nominee list (and rightly so), and with recent changes in Academy membership policy, we look forward to a more diverse Academy Awards in years to come.

With this year’s nominees, though, there is still an underlying theme of the mysterious, those yet-to-be-explored terrains. To us, to our film’s protagonists, to all of the above. A “Journey to the Unknown,” as we’re dubbing it. And no film dares to go to that most unknown of unknowns, hell and back again, than The Revenant, our first Best Picture Profile entry.

The Revenant has gained a lot of traction in the Oscar Race recently, winning a bunch of Golden Globes (including Best Picture-Drama), being the first movie to beat Star Wars at the box office, and receiving the most Oscar nominations for a single film this year. So clearly there’s got to be something to this here Revenant, yeah?

Well, there is certainly a lot going for it; it’s directed by last year’s Best Director winner for Birdman, Alejandro G. Innaritu, and it stars Oscar nominees Tom Hardy and Leonardo DiCaprio (who is likely to finally, finally win this year). The film is something of a sprawling tapestry, set in the 1800’s, telling the story of Hugh Glass, a man left for dead by a member of his traveling party, John Fitzgerald (Hardy). Glass finds that Fitzgerald killed his son, and so he journeys, and journeys, onwards and onwards to get revenge on the man who wronged him. The film features lots of animals being killed, lots of indigenous peoples being killed, and lots of Leonardo DiCaprio breathing heavily with super chapped lips. This movie’s got it all!

I can see why people like this movie, like, I get it. It’s beautifully shot, full of Important Themes, and Leo is acting his butt off. While definitely short of some of his more interesting work in recent years (The Wolf of Wall Street, anyone?), Leo acts “harder” than anyone this year, putting his mind and his body through literal hell (as has been ridiculously documented throughout promotion for this film). It’s pretty comparable to Eddie Redmayne’s physical-demanding performance in The Theory of Everything last year, and the Oscar train will likely follow because of that. And that constant air of dread and despair is practically palpable throughout the film’s almost 3-hour running time. It is a dreary film, no questions asked, and that sometimes works in the film’s advantage. Sometimes.

The ultimate downfall for The Revenant (in my viewing of the film, at least) is how dragged out everything seems to feel. The film hits a beautifully discordant note, and then refuses to budge from that note at any point. It’s arguably the Best Picture nominee with the least re-watch value. It is a tough film to get through, and I will admit I checked my watch too many times to admit throughout the proceedings. You can only care about Glass’ journey for so long, and for a movie about revenge, there isn’t a whole lot of catharsis at the end. Not to mention the “final battle” at the end which, without giving too much away, reminded me way to much of the final Anakin v. Obi-Wan battle in Star Wars: Revenge of the Sith in how endless it all felt.

But putting all of that nonsense aside, The Revenant is, above all, a big old Hollywood epic. The kind we don’t really see anymore. With wide shots of nature, powerful (almost over-the-top) performances, and above all else, that great sense of the history of America (well, the White Man’s History of America). Add to this the anchor of a box-office champ like Leo DiCaprio, and you can see why this could certainly be your Best Picture winner. The Revenant is hitting a lot of notes, clearly, amongst Academy members, and while it’s a film that I certainly wouldn’t choose to win Best Picture, its place on the list is entirely understandable. It’s a tense, thrilling journey into the darkness. But if only it took us back to the light too.