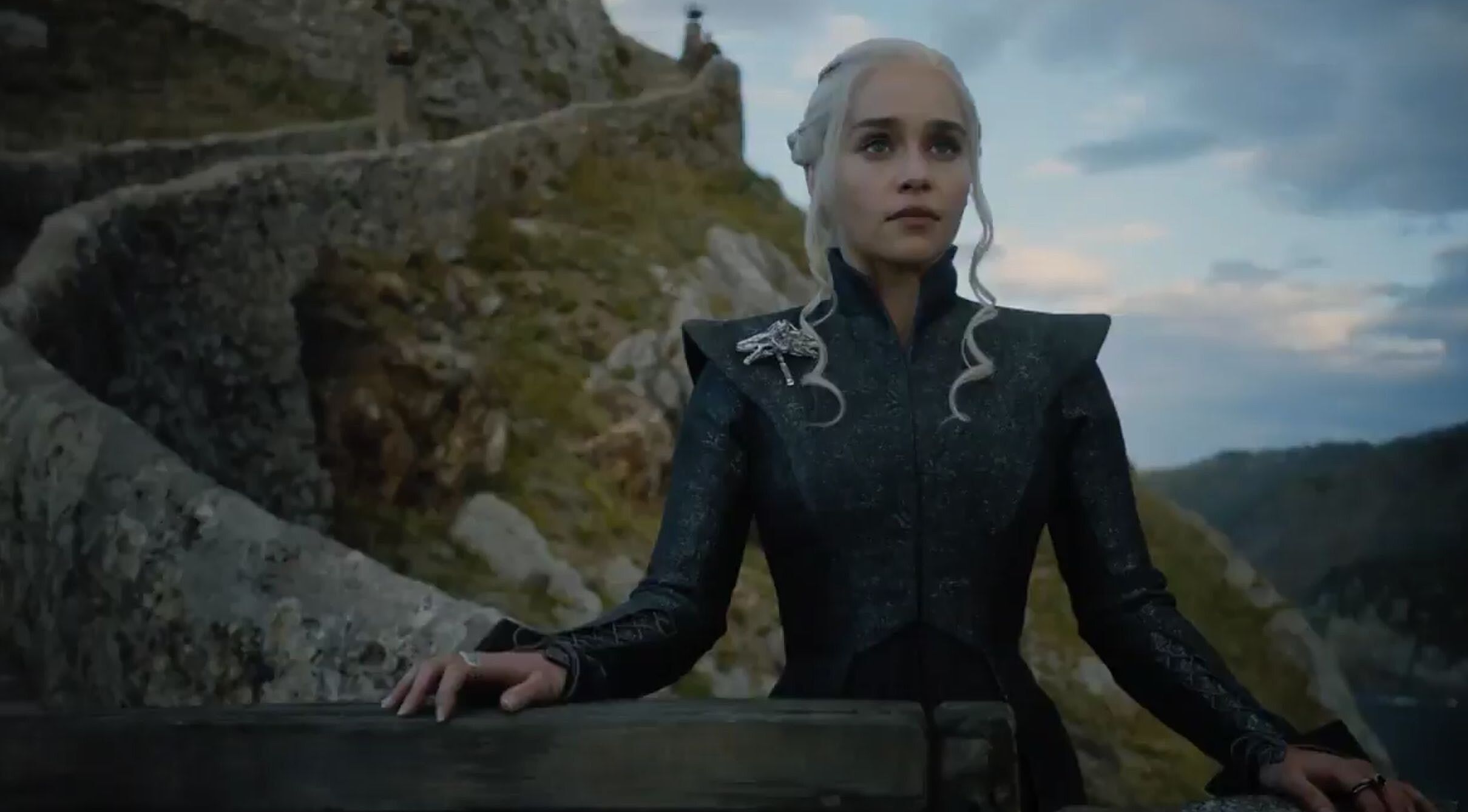 For an episode where a lot of stuff actually happened, I feel like this was ultimately a quieter hour. We were spared a lot of bloodshed and strife in favor of lots of talking, much like one fan favorite (RIP), but did that serve this episode well, or did it drag somewhat? (The second one.) Let’s get started.

-This was an episode full of Big Moves, and though they felt somewhat empty in the end (and we’ll get to that), there’s a lot to unpack here. I want to start with jokes, because… I mean, you know why. This show is so bleak. Just one bleak thing after another. James van der Bleak, if you will. This week had two incredibly solid jokes (Vulture gets into why they worked so well) — the Dany/Jon intros, and Tyrion’s Fake News quote — and both fucking delighted me. Even in the darkest show, we’re allowed to laugh sometimes, and it’s admirable that they were able to mine jokes even in a show this dark. Plus 10,000 points.

-Tyrion asking if Sansa was doing all right and his obvious affection for Jon, with whom he bonded way back in Season 1, warmed my cold dead heart, and gave Peter Dinklage the chance for some really excellent performative moments. Plus 3,000 points.

-Stray thoughts about the Dany/Jon meetup: they’re gonna fuck, right? Can someone find me a guy who talks about me the way Davos talks about Jon? Why is Jon being such a moody little bitch when literally all Dany is asking him to do is squat a little? When did Dany get so imperious, and when did Emilia Clarke get so much better at acting? Where do they get their customized house armor thingies? Do you think I can get one? Did EVERYONE knowingly chuckle when Dany told Jon she was the “last Targaryen” or was it just my living room? Did this whole thing feel like a very wordy dick measuring contest? But they’re DEFINITELY gonna fuck, right? Plus 5,000 points for all of it.

-I had SOME problems with this scene, but can we all agree that everyone aspires to Cersei’s level of petty?! I mean, DAMN. Poetic justice is an UNDERSTATEMENT. That shot of Tyene and Ellaria flying at each other, only to be held inches apart by chains, was seriously great, and Lena Headey’s coolness kept the scene from being, well, completely flat-out stupid. Plus 2,000 points.

-Also, I kind of respect that Cersei is just openly admitting to incest at this point. Truly, who cares? They’ve all got bigger problems to deal with. Plus 500 points.

-Okay, initially, I did actually cry when Bran and Sansa reunited. I got over it pretty quickly when it turned out that being the Three-Eyed Raven gives you carte blanche to be as mainsplainy as possible, but I did super fucking love that Sansa had absolutely zero time for that entire situation. Plus 2,000 points.

–No points for Westeros’ Pete Wentz, Euron Greyjoy, who’s apparently now our main source of erection and finger-in-the-butt jokes, because he mostly just sucks and is a Jack Sparrow thirst trap (thank you, Brian).

-Also no points yet for Melisandre’s weird cryptic little maybe prophecy, which seemed to scare the non-balls off Varys but really could swing either way, since her prophecy track record is, uh, not great.

-OKAY FINE WE CAN TALK ABOUT IT NOW. Goodbye to one of my favorite characters, Olenna Tyrell, Probably First of her Name, Master of Sassy Veils, Empress of Sick Burns, and Baroness of Badassery. We will miss you, but WHAT a WAY to GO, WOMAN. Jaime, you done fucked up. Did you think the little old lady would be like, “I regret my sins! I love everyone!” and just take a quick dirtnap for you? NAH. This kween chugs her poisoned wine, admits to killing his son (a one-two punch of “I know you and Cersei are fucking” and “btw I destroyed the result of that”) and follows it with “tell Cersei. I want her to know it was me.” NO, BUT ALSO YES, AND ALSO YASSS. If we have to say goodbye to Olenna Tyrell, this was literally the only acceptable way. Plus 8,000 points.

-This episode felt to me like a whole lot of telling and not a lot of showing, and it also felt like it moved at a breakneck speed while showing us absolutely none of it. That did not thrill me. I’ll get to specifics, but it felt like as they were writing this they were like “oh, fuck, we only have 7 episodes, let’s pack ALL THIS SHIT into Episode 3,” but it felt weirdly… empty? It had the veneer of an epic episode — two castle sackings, a huge death, a long-awaited meeting, an equally long-awaited reunion — but in the end, it felt like eating cotton candy in that I spent an hour eating it and am still hungry. Minus 10,000 points.

-That Cersei thing also felt… vaguely cartoonish, honestly. We get it. Cersei only loves her children and has sworn to avenge their deaths. Cool. But that extended monologue was so over-the-top, honestly, and it didn’t feel rooted in any actual humanity. Minus 3,000 points.

-Is Euron’s fleet entirely powered by guyliner and bad dick jokes? If not, how the FUCK is it getting everywhere so fast?! Minus 500 points because I’m not always clear on how ships work.

-Okay, that Casterly Rock-Highgarden switcheroo wasn’t half bad, but if you’re going to take me to places we’ve never seen before on this show, show me the place, and SHOW ME WHAT HAPPENS THERE. We’ve waited forever to see both Casterly Rock and Highgarden and all we get is some measly CGI aerial shots and fake ladders and angry Grey Worm and Jaime talking to an old lady in a bedchamber. Come the fuck on. Give us something here! Make the episode 90 minutes! We will all keep watching!!! Minus 8,000 points.

I don’t know. This episode left me wanting, and not in the “is it next Sunday yet?!” way I normally am, but for more… substance, I guess? Hopefully next week will provide, and until then, we can wonder if Cersei likes a finger in the bum. (The answer is almost definitely yes.)