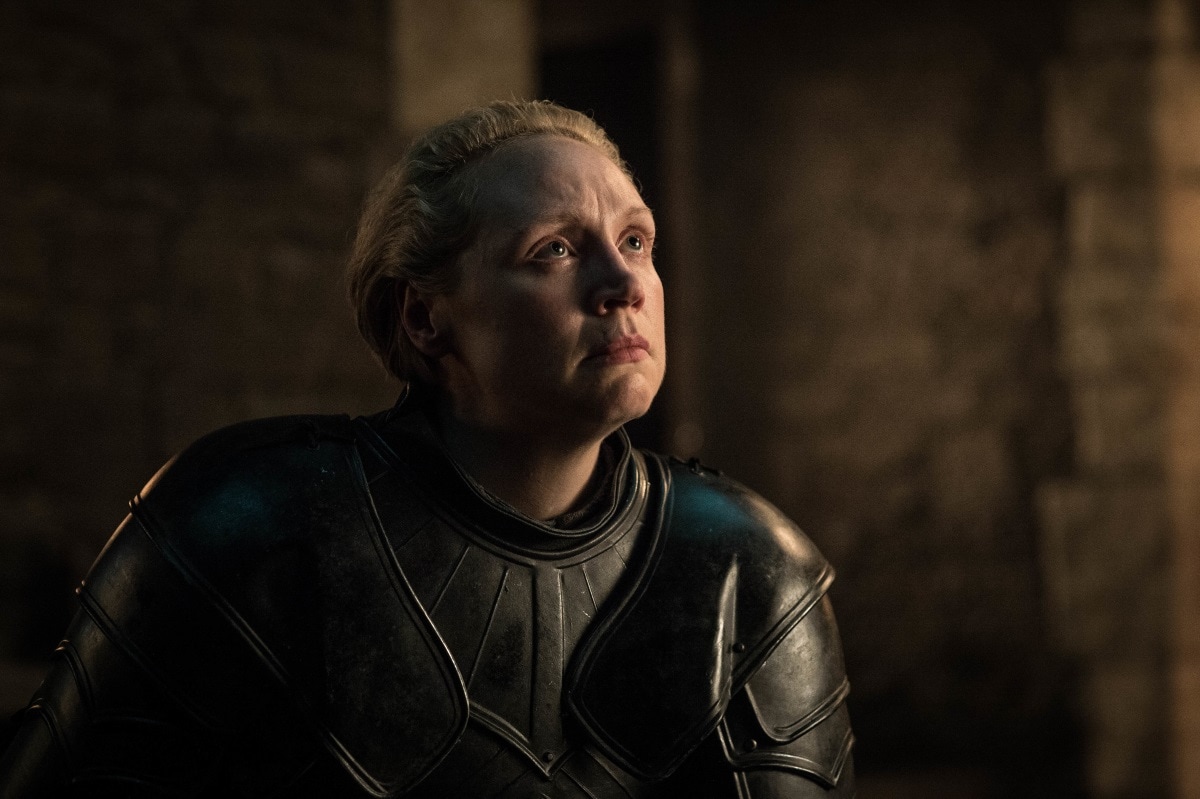 Pluses, or, Everyone is Tryna

-Also, this wasn’t in the show (obviously) but this video of Sophie Turner talking about Arya’s trip to Pound Town is the best thing ever and it should win a Nobel Peace Prize and if you haven’t seen it you aren’t living. Plus 800 points.

-In all seriousness, I really liked this episode, even though I know plenty of viewers will have (fully justified) complaints about it being slow and filling time until the Battle of Winterfell next week. Personally, I really liked getting to spend time with a lot of characters I love before a bunch of them inevitably bite the dust or become wights next week, so there’s that, but I also thought it was well-written, well-directed, and (big surprise) beautifully acted, so suck it, haters. Plus 5,000 points.

-Brienne being the only person to vouch for Jaime felt so right, and Sansa immediately trusting her is also the rightest and best. Plus 1,000 points.

-Oh, Jon. Ever since you found out you’re a bonafide king slash aunt banger, you’ve clearly been skulking around Winterfell trying to ghost your Auntie Dany, which is not a thing you can really do if you’re trapped in the same castle awaiting doom and despair and ice zombies and stuff (you know, in that totally normal scenario). You cannot un-swipe now, Jon Snow. Plus 2,000 points for dude consistency.

-I’m…… I’m starting to think most of the people on this show are just actually stupid. Wash. I should have realized this already.

-You know who isn’t stupid? Sansa. Her fireside chat with Dany was so close to being nice until Sansa started asking the important questions about who would control the North, and honestly, her entire arc has been building to this – Sansa might not be a warrior in battle and she might not have any dragons, but she’s earned her place as one of the show’s most fearless and intelligent leaders, and I love it. Plus 10,000 points.

-This pre-battle party sucks, mostly because they eventually run out of wine, but it’s nice to see a lot of people who spent seasons fighting and sniping just sitting around chatting about giant’s teats (cool story, Tormund) and sister-banging. This show is so weird. Plus 500 points.

-All right, let’s talk about the Arya scene. At first I was like, ugh, ew, Arya is still a kid for me mentally, this is weird! But then I sat with it and rewatched the episode a few times and, first off, if anyone is grossed out by Arya fucking but NOT grossed out by her baking someone’s kid into a pie and feeding it to them, it’s possible you need to reevaluate your priorities. In a show once aggressively filled with rape and incest and weird sexual situations, watching a (LEGAL) grown-ass woman take charge of her sexuality and have a completely consensual deflowering is goddamned refreshing. The way she approached it was also quintessentially Arya, where she more or less treated like something she needed to check off her to-do list, literally (I mean, she does love a good list). Also she was on top, which checks out. Also also, don’t even say you wouldn’t get it with Gendry. Girl’s only human. Plus 8,000 points.

-YES, I DID SAVE THE BEST FOR LAST: Brienne being knighted by Jaime is one of the best moments in Thrones‘ entire run. Besides being a meaningful endpoint for their evolving and ongoing relationship (which has honestly been one of the most fun and fascinating dynamic duos throughout the show) as well as a gorgeous throughline for Brienne herself, it also gave Gwendoline Christie a rare chance to really flex her acting chops, and the emotion contained in that moment was overwhelming, to say the least. This show is going to make us all very angry and sad and depressed for the next four weeks, and I’m glad it gave us this exquisite scene, which I have rewound and rewatched approximately 850 times (and counting). Plus 20,0000 points.

Minuses, or, Please Get the Fuck Out Of the Crypts

-Dany, you are in a crypt full of future zombies while an army of present zombies marches directly towards you, and your nephew-boyfriend just told you that you guys share genetic material, after you guys have put it in each other a whole bunch of times. I’m aware that your obsessive, single-minded goal to take the Iron Throne is literally ~*~your whole deal~*~ but maybe, JUST MAYBE, THERE ARE BIGGER PROBLEMS RIGHT NOW. Minus 200 points. She’s at least consistent.

-Tormund, maybe stop talking for a little while. Sit this next play out. Minus 500 points.

-Missandei & Grey Worm had one of those hopeful, optimistic chats about stuff they’ll do together when the war is over and won, so I hope you’ve all enjoyed getting to know them, since in doing so they signed their own wight warrants. Minus 2,000 points.

-The crypts! Enough with the fucking crypts! I don’t know HOW many times this episode had to hammer home that “the crypts are the safest place” because they are so CLEARLY not and, you know, I don’t know if it’s a rock-solid plan to hang out in the Dead Room when the guy who can RAISE THE DEAD is coming over later. Minus 5,000 points.

-I’m not wild about these weird, longing glances between Sansa and Theon, and I wish they would stop now! Thank you! This is not endgame!! Minus 3,000 points.

Total: 10,700 points / I am really dreading the next episode

I did, ultimately, really like this thirsty-ass episode, thanks to surprisingly deep emotional beats and lots of tense buildup to the bloodbath we’re going to have to suffer through next week. Buckle up, people – this isn’t going to be pretty. Until next week, future wights!