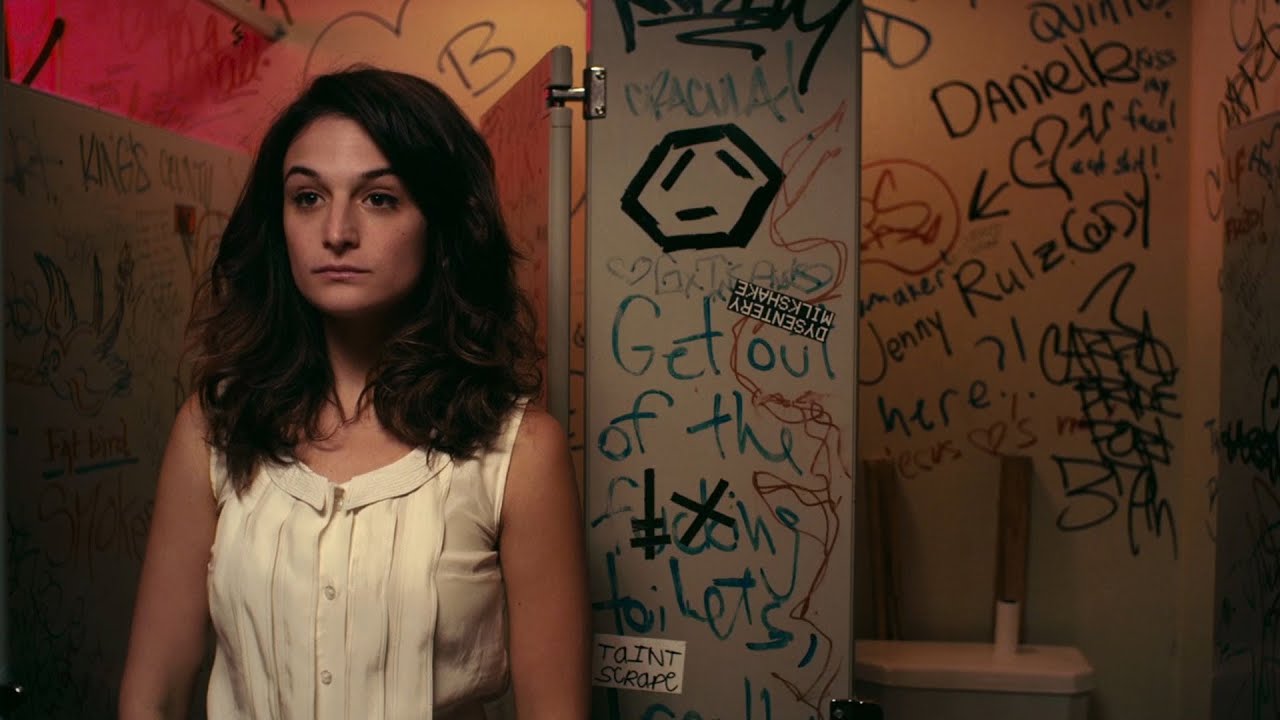 If you are a human person with a heartbeat and any semblance of a soul, you should go and see Obvious Child. Just as Brokeback Mountain was so much more than “the gay cowboy movie,” Obvious Child is so much more than the “abortion rom-com.” It sucks that it seems groundbreaking for a movie to show a woman who decides to get an abortion (and, non-spoiler alert, goes through with it) who doesn’t then die or get smited (smote?) by God, but it is.

Written and directed by Gillian Robespierre, Obvious Child focuses on Donna Stern (the magnificent Jenny Slate), a twenty-something experiencing the twenty-something life slump that seems all too familiar to people my age. (Or maybe that’s just me. Anyone? Bueller?) In the first 20 minutes of the film, Donna’s boyfriend dumps her in a bar bathroom by telling her he’s been sleeping with one of her best friends – oh, and he’s staring at his phone the entire time – and she then immediately loses her job. As a standup comedian, Donna usually uses her own life as her material, but at this point her life just proves to be too depressing, especially during a drunk, teary set about her breakup which alienates and confuses basically everyone in her audience. Luckily, Max (Jake Lacy, best known for the later seasons of The Office) was hanging out at the same bar, but missed her awful set, so naturally, they keep drinking and enjoy what is perhaps the sloppiest hookup ever committed to film. (He also farts in her face while they’re both peeing on the street. It’s pretty great.)

A few weeks later (again, non-spoiler alert), Donna takes a positive pregnancy test, immediately heading to Planned Parenthood to schedule an abortion. (The moment where she realizes she can barely afford her abortion in the first place is incredibly heartbreaking, thanks entirely to Jenny Slate.) She manages to keep it quiet, right up until the night where she tells her mother, who, in turn, tells her that she had an abortion in college. (She’s not the only one – Donna’s best friend and roommate, played by an unusually subdued but fully excellent Gaby Hoffmann, had an abortion as a teenager, and tells her that sometimes she gets incredibly sad about it, but has never regretted her decision.) With her support system behind her, she gets up for her routine and tells her audience that, yes, she’s pregnant, and yes, she’s having an abortion – the very next day, in fact, which just so happens to be Valentine’s Day. So, she gets the abortion. It’s a hard decision, and it’s hard for her. But she lives, and rekindles things with Max – who has turned out to be very sweet – and life goes on, as it does.

Jenny Slate is nothing short of a revelation in this movie. She’s been getting steady work since her premature SNL firing and introducing Marcel the Shell with Shoes On to the world, and I couldn’t be happier to see her helming a movie, especially since she proved herself to be just as strong of a dramatic actress as she is a comedic one. Jake Lacy was also perfectly cast as her seriously adorable one night stand, and their chemistry was a lot of fun too – you really believed that these two could fart and pee right in front of each other and hook up a second later. The script by Robespierre is fresh and minimalist, but allows the actors to shine, and the direction is just lovely – the scene with the actual abortion is shot both respectfully and honestly, staying on Slate’s sedated, tear-streaked face as the doctors begin the procedure. But, like I said earlier, this movie is both completely about and not about the abortion in the first place. Donna’s life is falling apart, and this is just the cherry on top, but she makes the decision that’s best for her, and that’s that. She has the support, and she obviously can’t raise a child – she actually leaves her mother’s apartment wearing Crocs, for God’s sake. But as much as the movie shows us Donna’s downfall, it also helps lift her back up: she finds a book she wrote as a child; she accepts Max and his comfort into her life; and she takes control of a bad situation, mining it for humor and performing a truly real standup routine.

Obvious Child is unflinching, honest, brutal and kind all at once. Sometimes you need a movie about the mundanity and difficulty of everyday life, and for anyone in their twenties who has ever felt lost or crushed, this movie will hit you in all your feel-spots. Hopefully, this is the pioneer for movies where a woman makes her choice, lives with it, and moves on with her life. It happens all the time, and it’s about time someone put it onscreen.